We get it. The serendipitous encounters at in-person events are hard to replicate in a virtual setting. That’s because virtual events are their own unique experience, which is why your networking should be tailored to those experiences!

But virtual event networking does have its own advantages, which we’re going to share with you today.

These seven ideas have been battle-tested at various virtual events and proven to boost engagement and get participants interacting and networking. Whether this is your first virtual event or you’re an old hand at them by now, putting these ideas into action will see your networking go through the roof! (Can you tell we get really excited about virtual event networking?) 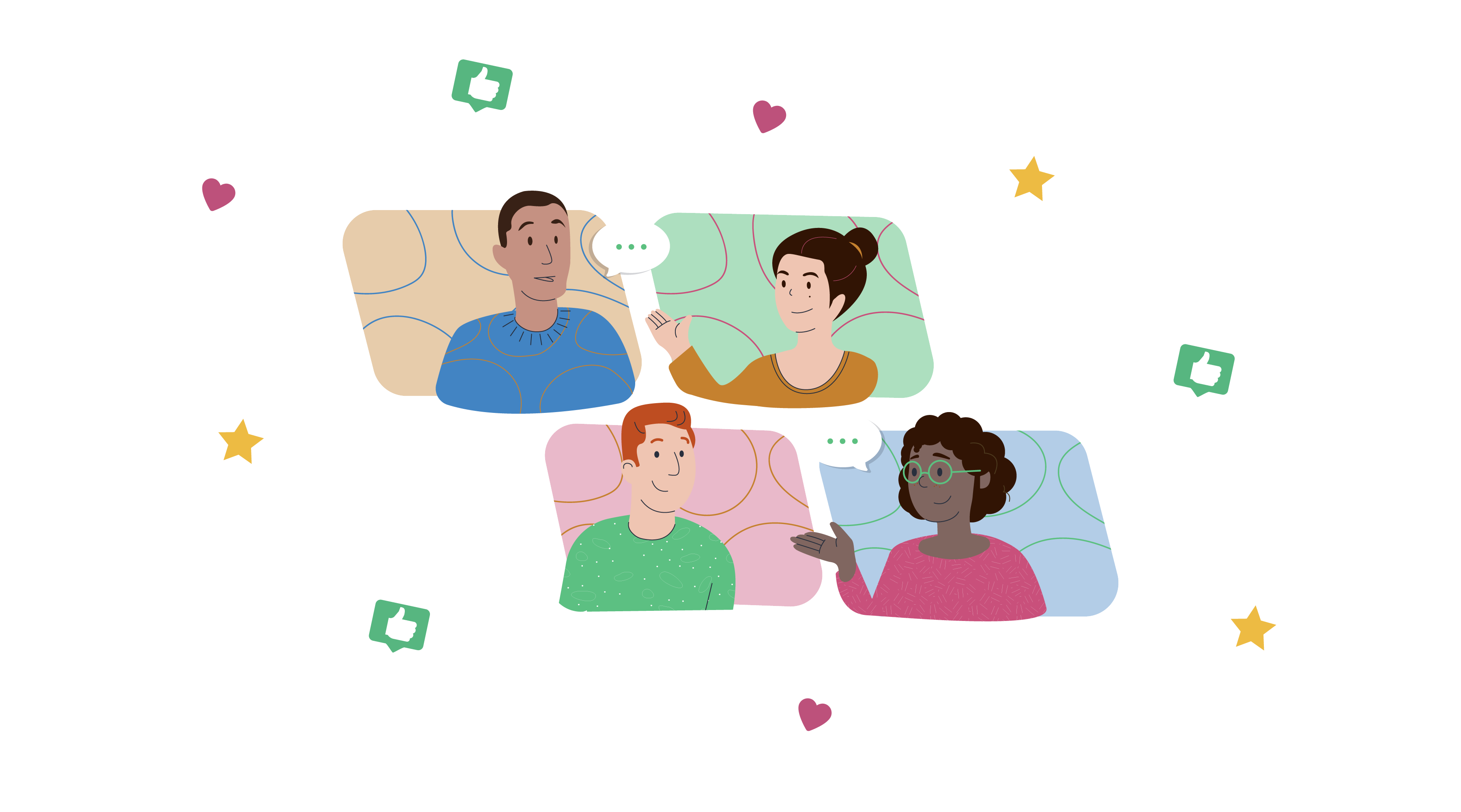 The week before your event begins is the prime time to get your attendees buzzing about what’s to come.

How, you wonder? One way is to draw participants to your virtual event platform to get them engaged early and familiar with everything you have to offer. You can do this with a targeted email and social media campaign that will get the momentum going for your event day. Share specific details to build buzz around your event such as your keynote, introducing speakers, pre-event networking opportunities, webinars, online roundtables, or Q&A sessions.

Think of it as leaving breadcrumbs that your attendees can follow all the way to the big day. Not only are these teasers keeping your event fresh in attendees’ minds, but it’s also giving them lots of opportunities to meet and connect before the business of the big day distracts them from networking.

Where this was proven: in this study about virtual engagement and networking before, during and after events.

Some attendees are shy and don’t know where to begin when it comes to virtual event networking. That’s why you should consider offering speed networking between sessions, which is a fun way for attendees to meet in a low-pressure environment. It also helps them meet a lot more people than they would’ve otherwise in a short period of time. By adding speed networking into the schedule you can improve the virtual networking experience for your attendees as they can meet in a leisurely and fun environment. 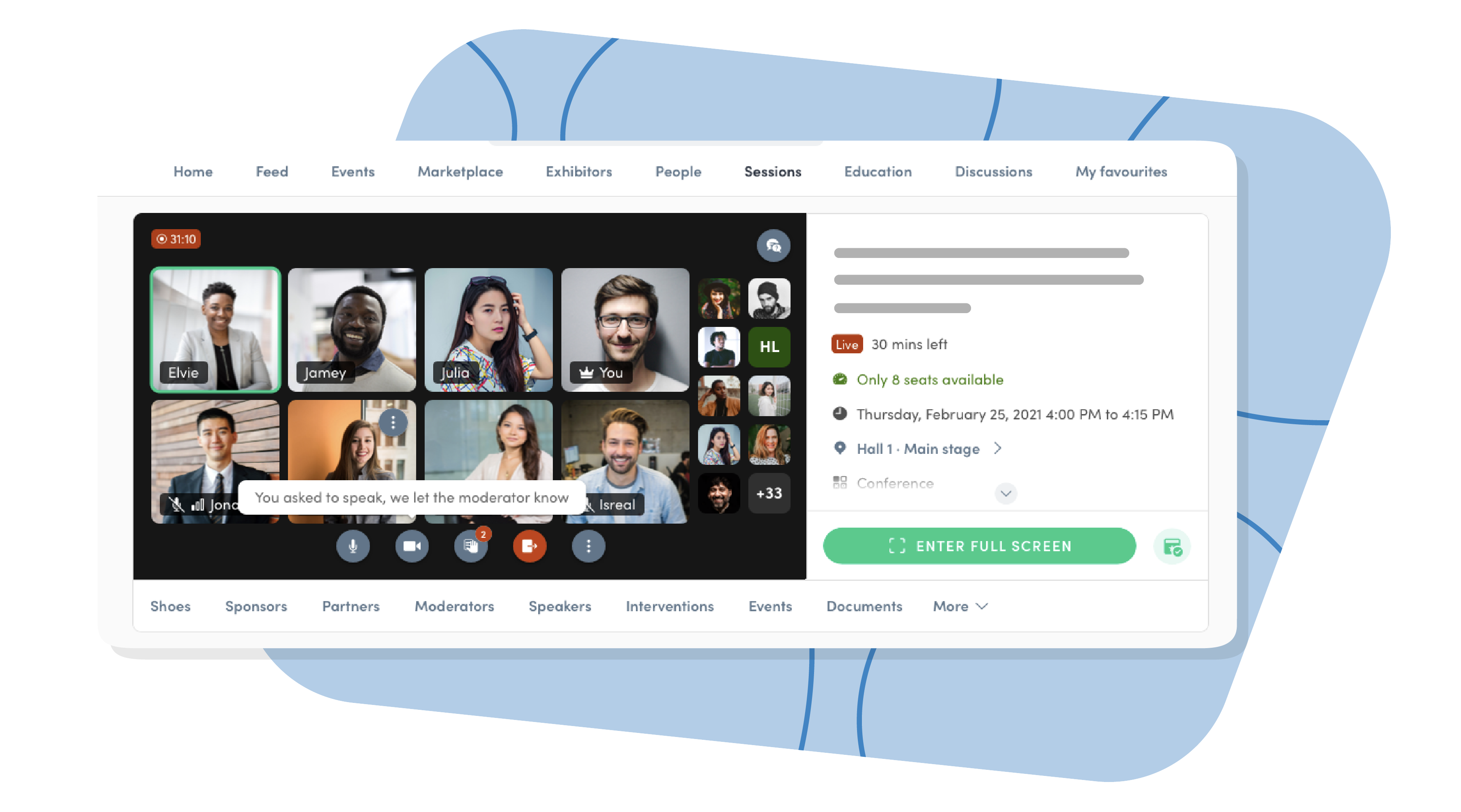 Online roundtables are video (or audio-only, for those who feel more comfortable that way) meeting rooms where a limited number of participants can ask in-depth questions to experts, share their own experiences and meet new people. This session format gives the audience a chance to connect in a more authentic and natural “face-to-face” environment.

These environments are also ideal for networking as they give participants the chance to engage in lively discussions about topics or ideas with other individuals interested in the same things they are.

Where this was proven: Earlier in March, the Evolve Community had a virtual event, REvolve, and the interactive online roundtables were well-attended. Community members made new contacts inside the roundtables because the setup felt like a group call with old friends! You can catch all the REvolve content on-demand for free, right now. 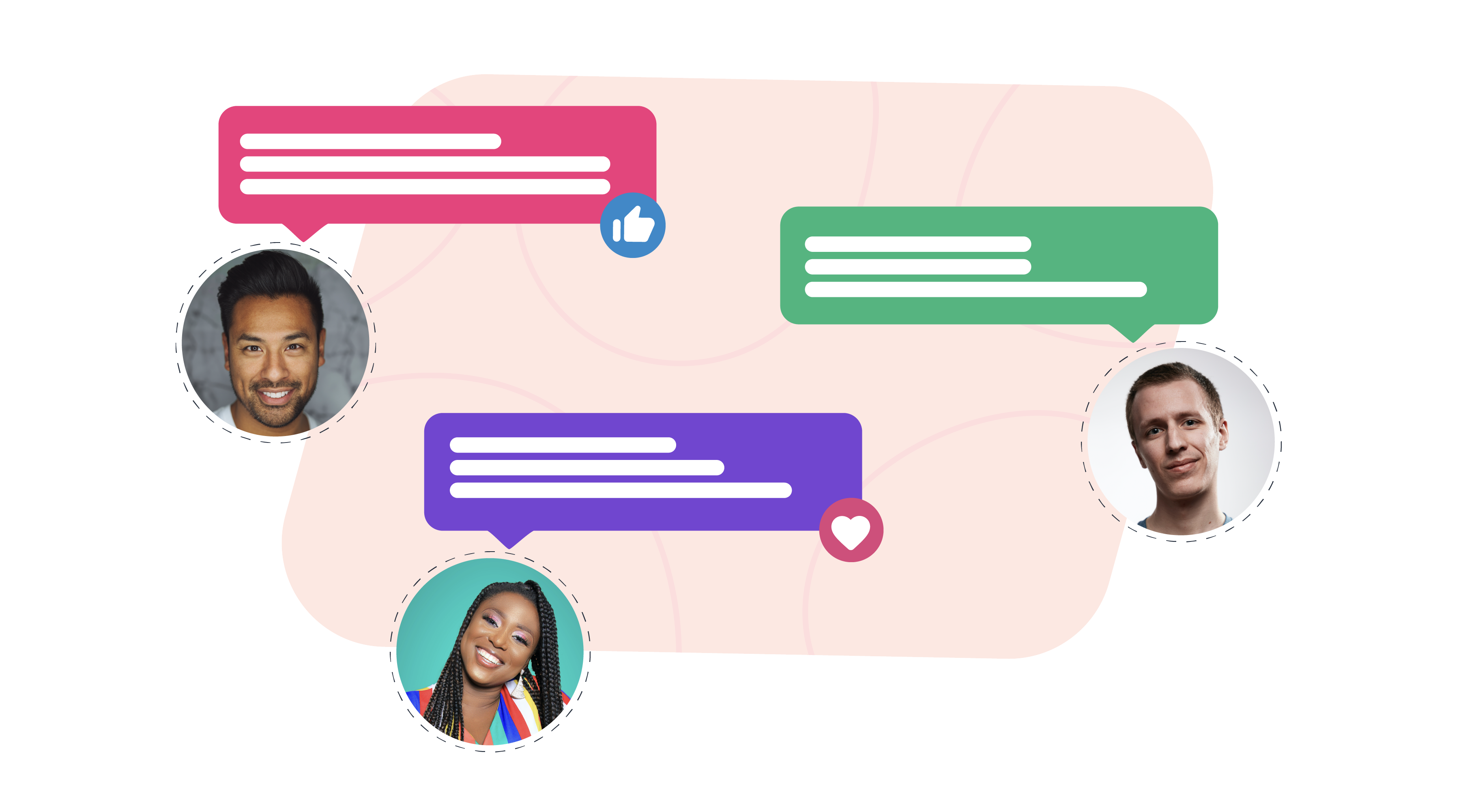 A group chat is a conversation with a specific topic where people can post messages, respond and engage with other attendees. Think of creative subject lines like “Share your favorite and not-so favorite experiences at (blank)” to get people talking about a common theme. You would be surprised by some of the insightful and thoughtful comments that are shared in a group chat, which in turn draws people to learn more about the person that shared that message and want to connect with them.

Where this was proven: Various client events that were run on Swapcard over the past 18 months used this method to form a closer connection with their audience and reported back that they got more quantitative and qualitative feedback from their communities with this method. 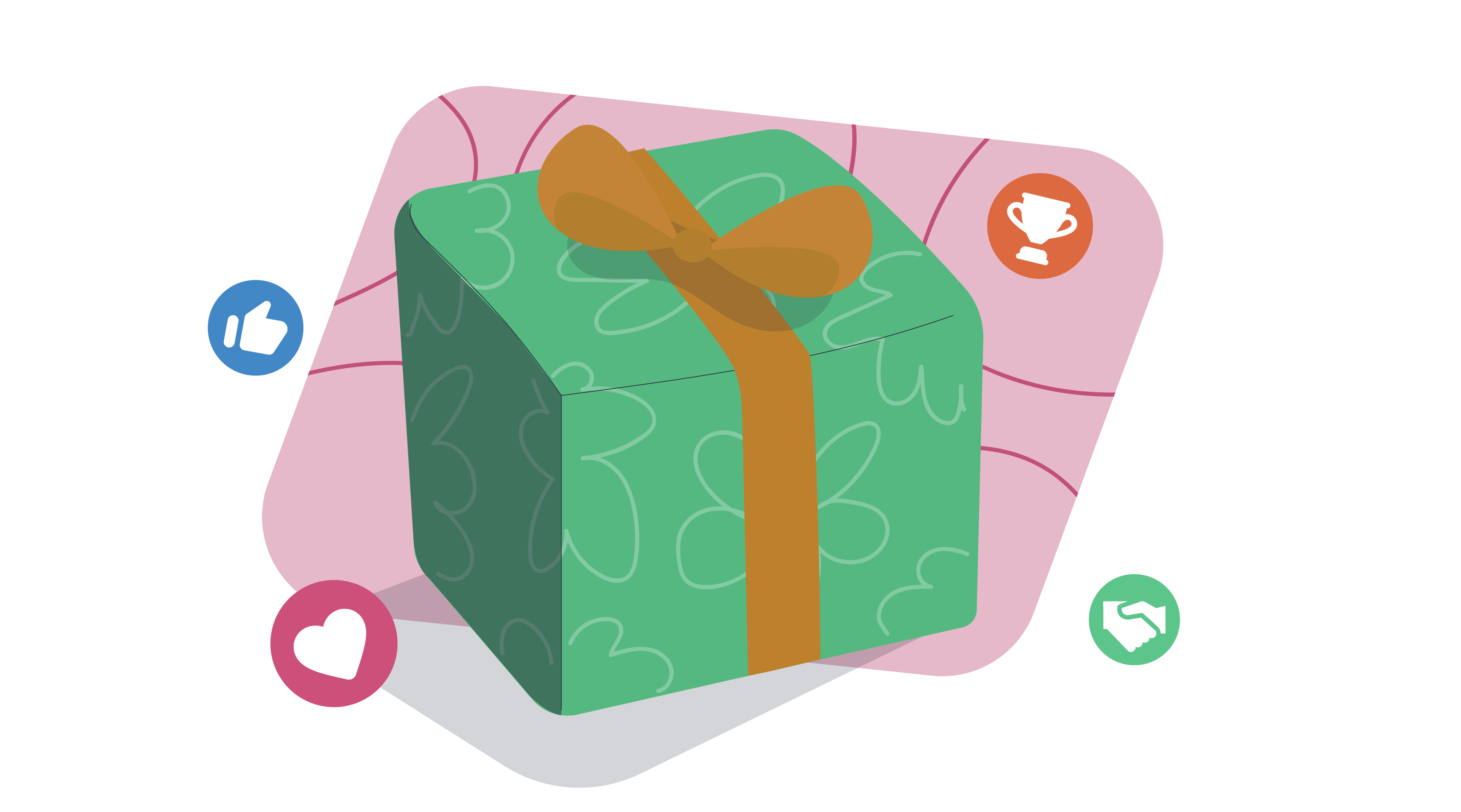 Motivate your attendees to network by telling them they can win a prize! You can either set aside budget or get a sponsor to pledge prizes for this initiative. Either way, use the draw of winning a prize to encourage attendees to schedule meetings with exhibitors, connect with other attendees, and reach out to speakers.

Although it might feel like you’re bribing people into networking, you’re actually making a game of it for attendees! They’re both opening themselves up to a whole new group of people (who could turn into business leads) and getting a fun prize for doing it! A win-win, if you ask us.

Where this was proven: The National Housing Summit used Swapcard to incorporate fun games and creative engagement tactics, resulting in a super engaged audience! Read their success story here. 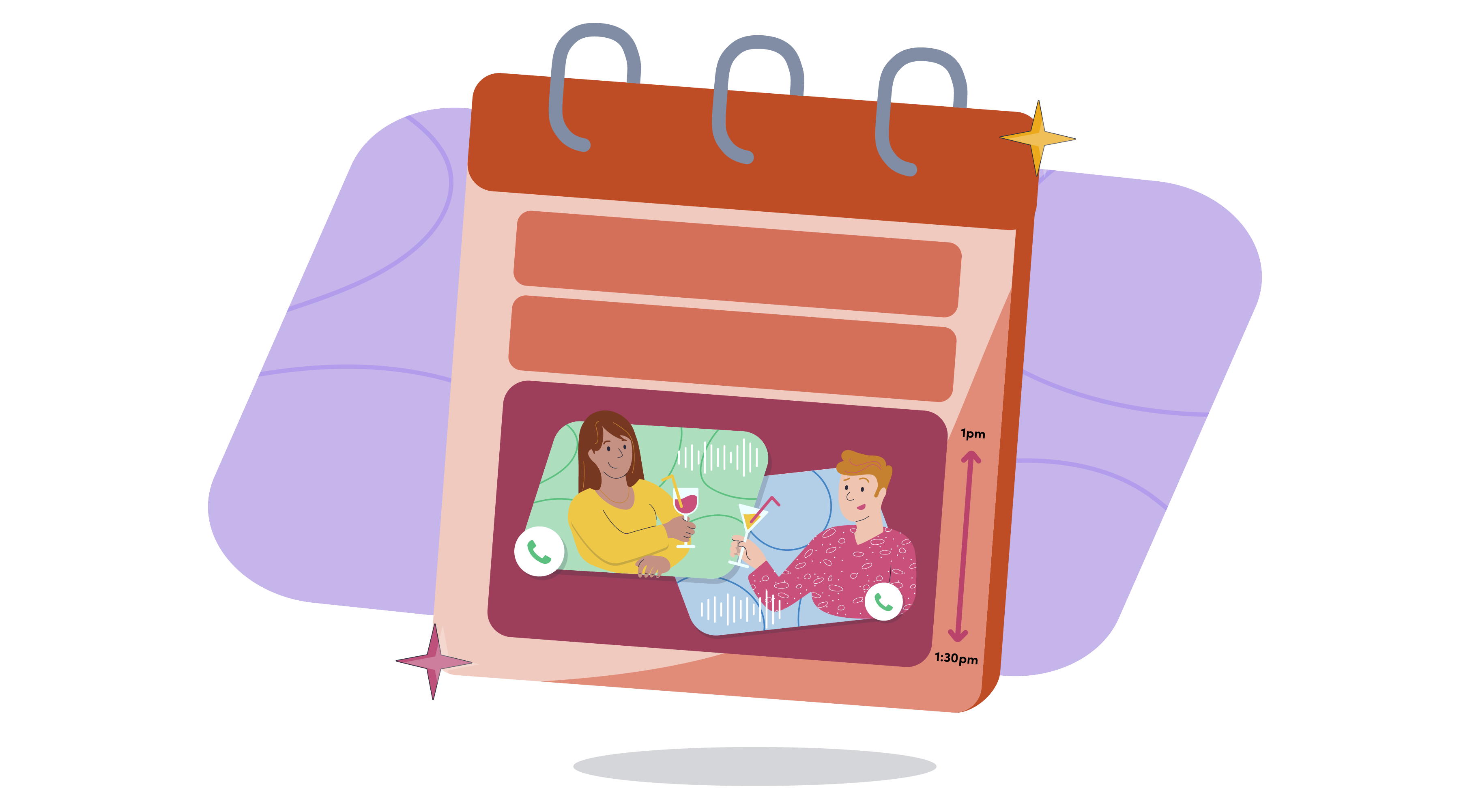 If you want your audience to network during your virtual event, you can’t go wrong giving them a designated time within the agenda to do so. When they click on the “Live” button during this time, have them redirected to a screen that encourages them to go network and gives them tips on how to best meet people using your platform. You can also use this as a good time to remind them about the networking competition you have going!

Leave an hour or two per day for dedicated networking and you’ll see the number of meetings and calls between attendees and exhibitors increase. You could also complement that with a networking coffee break or a networking breakout room if your platform offers that. 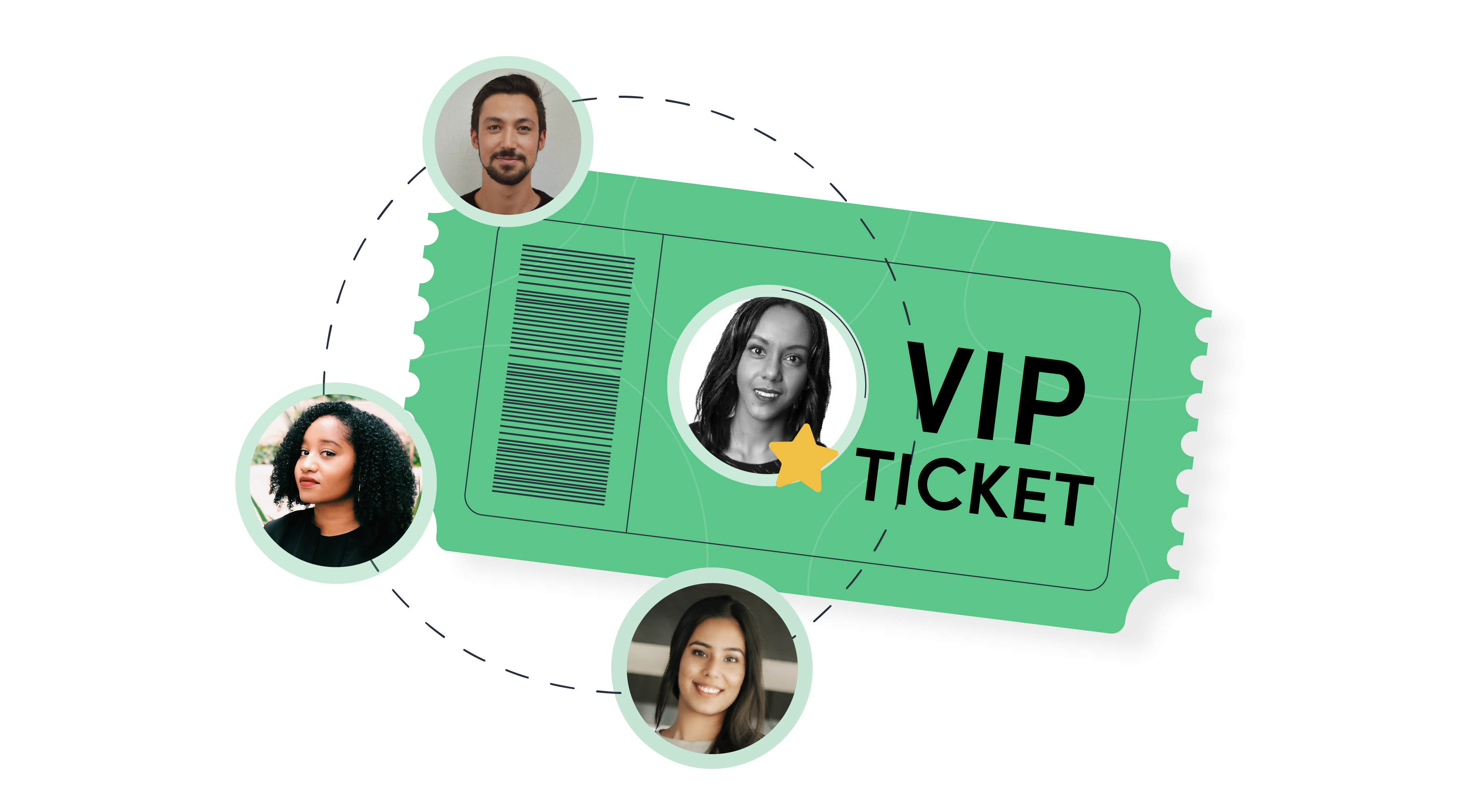 This idea is a bit of an outlier because it’s specifically aimed at VIP attendees.

Consider putting together a list of VIP attendees and give them exclusive networking rights and platform access. This is a great way to attract high-level decision-makers from your industry to your event because they know that they have networking opportunities that are designed for their specific needs.

Within virtual event platforms like Swapcard, you can customize the rights and access of certain groups. This means that your VIP group would see sessions and networking opportunities that are specifically made for them. With such a select group, your team can analyze the VIP attendees’ profiles and do the networking for them by matching them with similar people in small groups. They could then schedule VIP online roundtables where this select group can meet and connect, giving them exclusive access to new business leads.

Don't overthink it, have fun with it!

A virtual event is not an on-site event, but that doesn’t make networking less interesting or fun. The trick with virtual event networking is to understand the medium you’re using and to create opportunities with this in mind. It’s also important to become familiar with the tools and features available to you within your chosen virtual event platform.

After going through these seven ideas, we hope that you’re feeling inspired to try some of these ideas out yourself or to add your own personal spin on them. Happy networking!